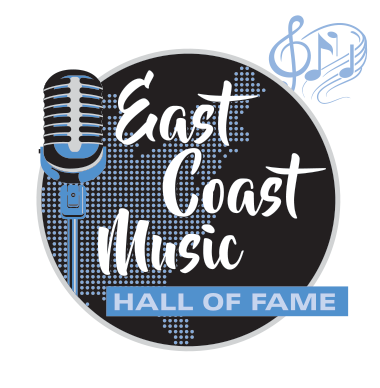 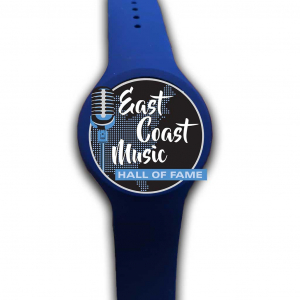 One of the many highlights of the East Coast Music Hall of Fame’s 2022 Awards Gala
will be an exhibit room celebrating some of the R&B and Doo Wop vocal groups being
honored this year and at our 2019 Gala. Included will be rare photographs, sheet
music, lobby cards, posters, records and even uniform jackets from groups like the
Ravens, Clovers, Dominoes, 5 Keys, Harptones, 5 Satins, Skyliners, Chantels, Earls,
Cadillacs, Elegants, Tokens, Jive Five, Crests, Tymes and Jay & the Americans. 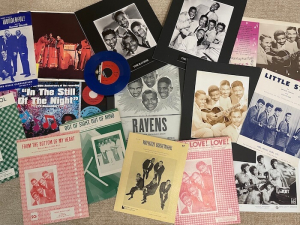 The East Coast Music Hall Of Fame’s Museum & Memorabilia Committee has access to the organization’s huge archives including the Paul Ressler Photo Collection as well as the Classic Urban Harmony Archives which include photo collections from the Mike Caldarulo and Phil Groia Collections as well as their own. Some of the many artifacts being considered for display are a full page 1948 Billboard magazine ad for the Ravens autographed by 4 members of the group; unpublished photos of the Ravens and Cadillacs at the Apollo (ca. 1956); a blue vinyl 45 of “So In Love” by the Tymes; a lobby card of the Clovers in “Rock ‘N Roll Review; sheet music to “Little Star” by the Elegants; and uniform jackets worn by Willie Winfield, Fred Parris, Jimmy Beaumont and Jay Black; and much more! Access to the exhibit room will be by the $25 wristband which will also get you into the Pioneers Honors Program; the Legends and Music Makers Awards Presentations; Charlie & Pam Horner’s multimedia presentation of “Under the Streetlamp – Tales From the Doo Wop Era”; movies “Joey” (1986), “Streetlight Harmonies” (2017) and more. Don’t miss the music event of the year.

“Under The Streetlamp: Tales From the Doo Wop Era” a Multimedia Presentation

For those who love 1950’s R&B and Doo Wop music, the 2022 East Coast Music Hall Of Fame Awards Gala has scheduled a special multimedia presentation. Charlie and Pamela Horner, winners of the 2019 ECMHOF Best Historian/Advocate Award, trace the growth of Doo Wop Music from its roots with the Mills Brothers, Ink Spots, Ravens and Orioles to the teenage sounds of Frankie Lymon and beyond. Learn the fascinating stories behind groups like the Cadillacs, Moonglows, Penguins, Flamingos and Dubs.
Hear about the Chantels, Crows, Five Satins and Dion & the Belmonts as well as some of the lesser known but still fascinating artists of the Golden Age of Vocal Groups. Recall the days when groups harmonized under streetlamps to tunes like “In The Still Of The Night,” “Gloria,” and “Earth Angel.” 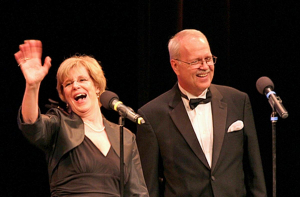 This entertaining presentation of stories, music and film clips, rare photos and record label scans is based on the Horners’ fifty years of research and close to a thousand interviews with singers. It is assembled through those singers’ memories and personal stories as well as Classic Urban Harmony’s huge archive of records, photographs, sheet music and other memorabilia. This event is accessible by wristband as are many other events at the 2022 Gala. 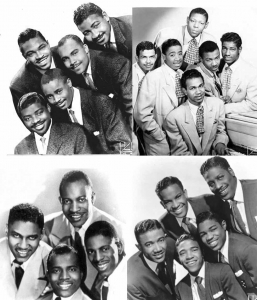 When the East Coast Music Hall Of Fame holds its Awards Gala, June 6 – 7, 2022, at Harrah’s in Atlantic City, there will be plenty of activities besides the main evening awards presentation and concert. On the afternoon of June 7, Charlie and Pamela Horner will host a special program honoring four of the greatest pioneer R&B groups of all time – the Ravens, Clovers, Dominoes and Five Keys. Between 1948 and 1959, these four trailblazing pioneer groups combined to score 43 Top-10 R&B hits, opening the door to the Rock & Roll Era.
Planned are screenings of vintage film clips of the four groups, assembled with the help of historian Todd Baptista. In addition, a panel of experts and celebrities, including the Clovers & Harold Winley, will discuss the importance of these groups to our music.
Harold Winley, the last surviving member of these pioneer groups will delight the audience with his stories of singing with the Clovers since the late 1940’s while the panel will explain how these early influences shaped the music of today. 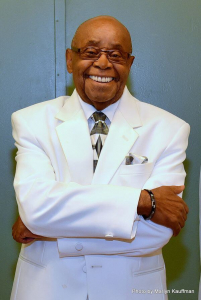 Harold Winley will be honored on the main gala that evening and the Clovers will sing “Love Potion #9” with the band and “Blue Velvet” acappella. The pioneers honors
program is but one of several “wristband events” accessible with just your wristband.
Others include a special music exhibit, music documentaries and movies. A multimedia presentation on doo wop music and of course, the Legends and Music Makers Awards presentations.

Plot summary: Due to conflict with his hard drinking father, who is a working-class former musician, a talented teenager runs away from home and seeks to start his own musical career.  Appearances by Frankie Lanz, Norm N. Nite and many others.  Contains footage of performances by the Ad Libs, Elegants, Teenagers, Screamin’ Jay Hawkins, the Limelights, the Silhouettes and Vito Balsamo Group. Film was produced by Frankie Lanz who is a recipient of one of this year’s Lifetime Achievement Award. The movie will be screened at 12:30 PM in the Pioneers Honors Room followed by a Q&A. Accessible with a Premier Medallion Wristband.